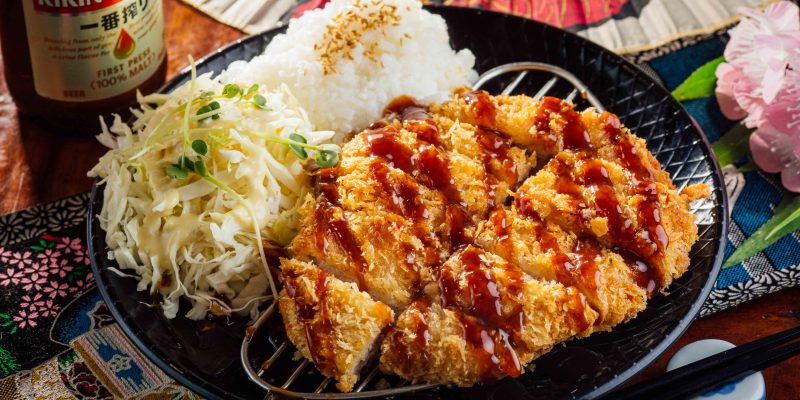 Here’s a quick breakdown of common words you’ll see at Japanese restaurants in Korea when it comes to these deep-fried delicious goodness.

Tonkatsu (Korean: 돈카츠 or 돈까스) is a traditional Japanese pork dish. You’ll find it in just about every Japanese or Chinese restaurant here in Korea.

The ‘Ton’ in Tonkatsu refers to pork, and ‘Katsu’ means cutlet. Unlike the German schnitzel or American pork cutlet, Tonkatsu is coated with panko breadcrumbs, which gives it its airy, snowflake-like texture.

When you order Tonkatsu as a main, it’s typically served with sweet and tangy dipping sauce or curry sauce, together with a portion of rice, thinly sliced cabbage salad, pickles, and soup on the side.

When Tonkatsu is served over rice, it’s called Katsudon.

When Tonkatsu is served over a hot pot, it’s called Katsu Nabe.

Whether it’s served on rice, nabe, or in a sandwich, there are endless ways to enjoy katsu.

To recap, here are the key words to remember that’ll make your katsu ordering experience a little easier.

*Note: Katsu may be written in the following three ways: 카츠, 가스, 까스

Head over to Shuttle’s Japanese category or search “katsu” in the search bar and explore our katsu options near you.

Use our discount code SHUTTLE and get 5000won off your first order.